Yin Yang CLOSED due to discovery of narcotics November 2016 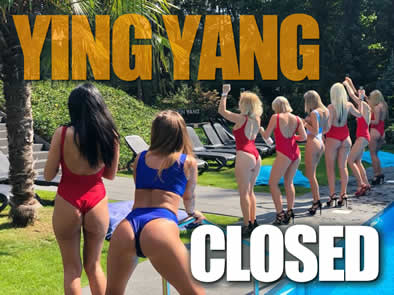 Sauna club Yin Yang wil find its way to court again, now mayor Rianne Donders has decided to refuse permits that are required to reopen the club. Donders’ decision follows her intentions of several weeks ago, when she already insisted on refusing the operating license of the sauna club. Yin Yang was given an additional two weeks to submit a new point of view, but the standpoint that was submitted could not change the mayor’s mind. At the end of February 2020, it is exactly one year ago that the sauna club was forced to close, because of an illegal drug discovery in November 2016. To be able to reopen, Yin Yang required a new operating license, but now, mayor Donders refuses to issue one. Besides, their catering permit will be withdrawn. The municipality of Roermond failed to provide a substantiation for their decision yesterday, because of confidentiality and privacy concerns. Yin Yang’s attorney Lex Berndsen considers mayor Donders’ decision to be ‘incomprehensible’ and ‘disappointing’. “Mayor Donders is afraid that permits will be abused in the future, but she relies on suspicions of 4,5 years ago, that have all been busted in the meantime.”, Berndsen says. He refers, amongst other things, to the suspicion of money laundering. However, the criminal case was closed by the Public Prosecutor. He also points out that the judiciary had previously stated that no criminal behaviour by Yin Yang had been detected and no specific risk for the future has been identified. Berndsen: “Mayor Donders evaded any form of constructive collaboration from the start and perseveres in her personal crusade against the sauna club. We will challenge this decision in court, again.” Berndsen would like to conceal his arguments against the municipal decision until he is in the courtroom.